So now with the Spring thaw well underway, my attention has shifted from the ice coverage, to how long will it take for the ice to melt away. Last year’s ice was thick and hard, and didn’t melt completely until May 14th. This late thaw kept water evaporation to a minimum, which in turn resulted in higher lake levels to the tune of about 3 feet from the previous year!

I’ll be continuing the seawall project this year because all indications are that the water level will be another foot higher, causing further erosion along the shoreline of Lake Michigan.

These particular images were taken in Mid March by a friend of mine while flying over Holland. 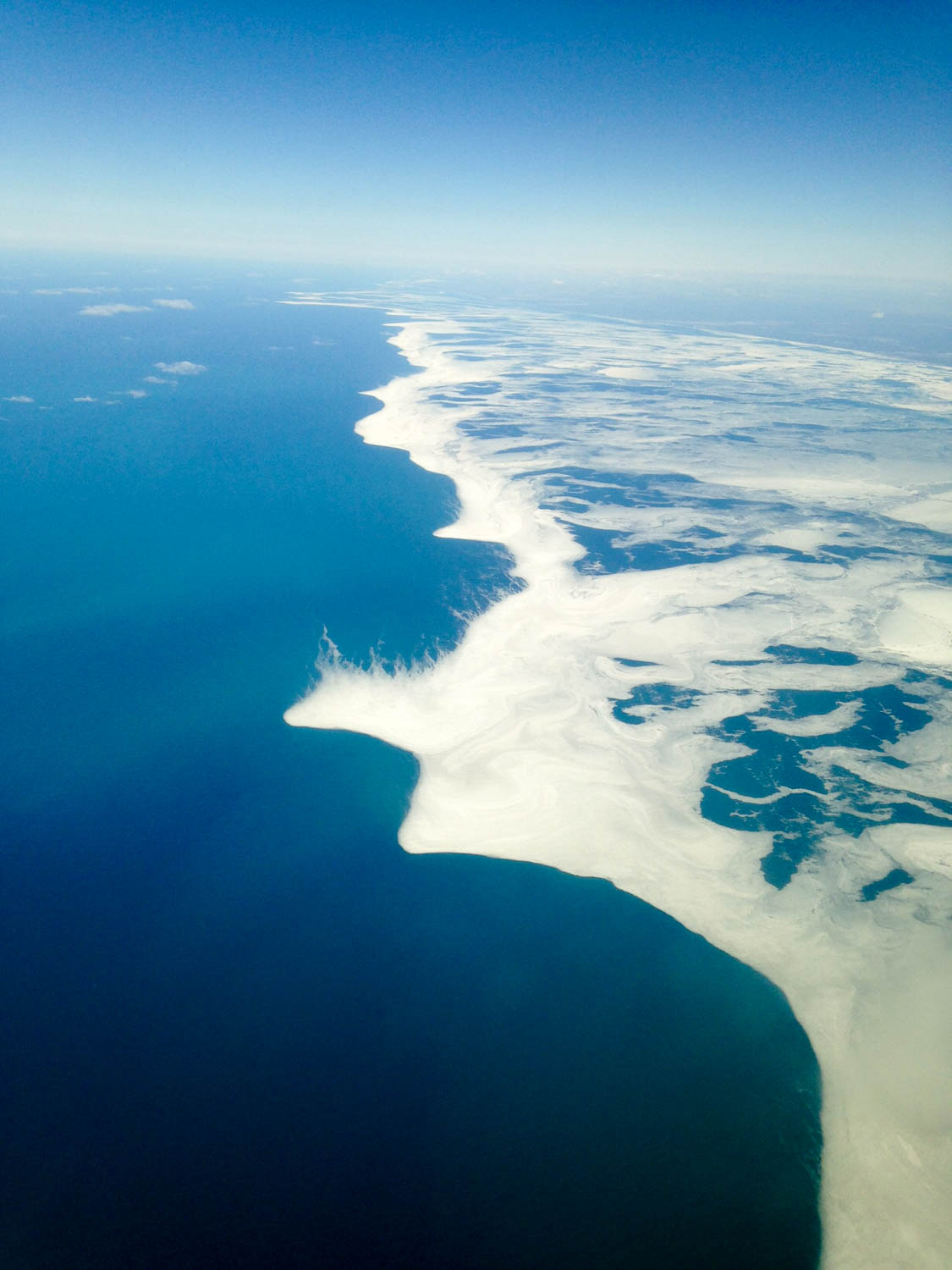 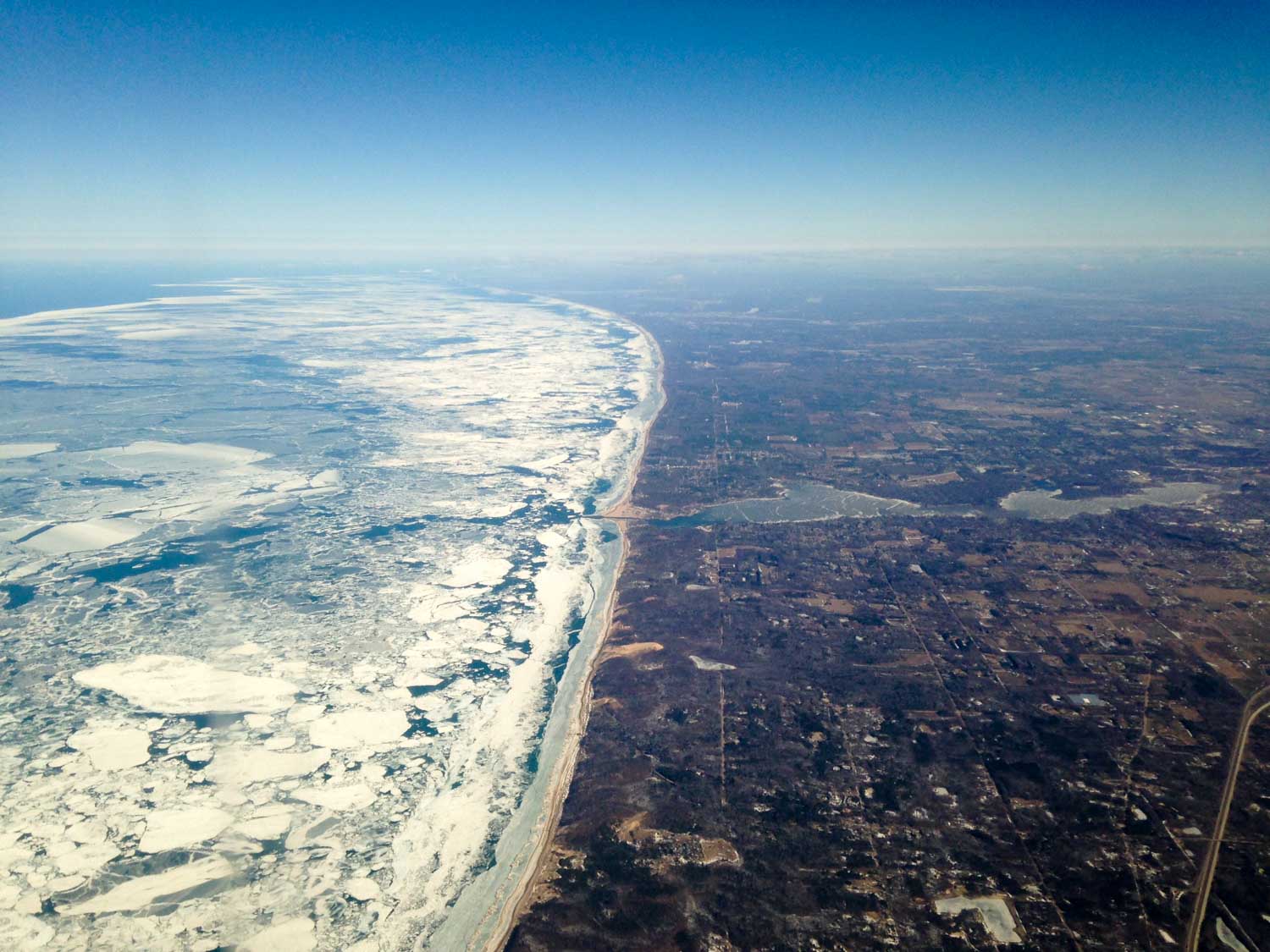